Quite a long time I had with the removal, and no toilet paper I wrote gurigás idea for a long time … but it hereby is over. 🙂 I found myself the other night that I shall put to the current gurigakészletet and propped my chin in my hand looking at them wondering what could be one of them … but since it is so grateful raw material, which does not require a lot of seemingly formation, the muse kiss again quickly arrived and I found the door wreath I make my beloved gurigáimból.
Now surely sighed again a wreath ….? If ‘Well, but believe me, it’s different than the other:-)

So, I painted the toilet paper gurigákat green acrylic paint – green in two, but it would have been nothing if I use only one color. Each roll of flat tenyereltem, and one by one I cut four strips. The pieces are glued together and then I started petal – have five petals of a flower. (The adhesive glue gun operations should be carried out – can anyone else, but it’s much faster.) In the meantime, I cut and ragasztgattam until many five petaled flower was not: then I took them and the insides were also painted green. Divided into two parts, the quantity of flowers. One of the pile with some of my more flowers, which then developed a wreath form – the flowers are then glued together, the maximum number of contact points. The remaining flowers are also used to form circles, they have been glued together – the previous one I’ve got small wreath. This small wreath was placed in a larger, glue gun and a couple of good points have been recorded. Thermoset stuffed red plasticine hips, low hit 100 degrees in half an hour, and when they are cold, they stuck it out there to the wreath. With the toilet paper was also ready-made wreath gurigákból.
Next time, the cream-colored paint flowers and black berries do it:-) How to DIY: Learn How To Start Doing DIY Projects How To Use Ladders Safely When Doing DIY The Best DIY Crafts to Gift This Year 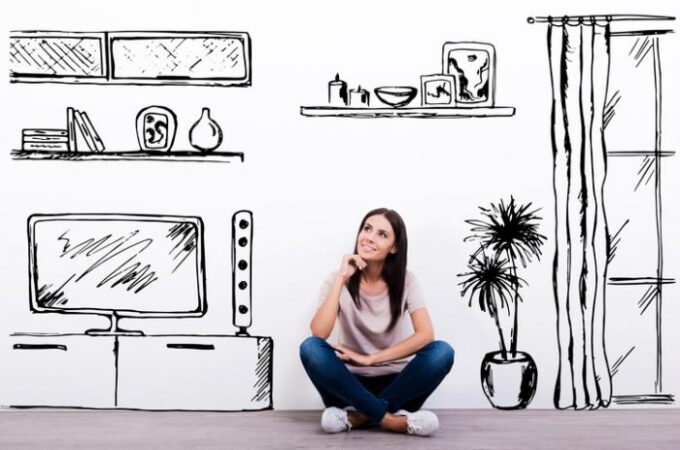