Australia is full of endless, splendid natural wonders. It has many amazing and inspirational places like no other in the world. There are lot of fascinating things in Australia, today, we come up with another top ten list; 10 Fascinating Wonders of Australia. It’s not easy to arrange the top 10 list when you have so many awesome options available but we tried our best and hope you will enjoy. The remote, alluring and semi-tropical Lord Howe Island of Australia is heaven for nature lovers – and for vacationers seeking a reprieve from their hectic lives back home. It is an irregularly crescent-shaped volcanic remnant in the Tasman Sea between Australia and New Zealand, 600 kilometres directly east of mainland Port Macquarie, and about 900 kilometres from Norfolk Island. Most of the island is virtually untouched forest with many of the plants and animals found nowhere else in the world. Other natural attractions include the diversity of its landscapes, the variety of upper mantle and oceanic basalts, the world’s southernmost barrier coral reef, nesting seabirds, and its rich historical and cultural heritage. The Olgas is a set of impressive domes to the west of Ayers Rock. They are made up of 36 formations, although they are thought to have been one huge piece of rock, much like Ayers, that has weathered over millions of years. They lay 35kms west of Ayers Rock along Lasseter Highway and have a slightly different make-up to their better-known neighbour. They are much higher than they appear in photographs. The tallest rises 348 meters (1148 feet) above the flat desert and is appreciably higher than Ayers Rock. 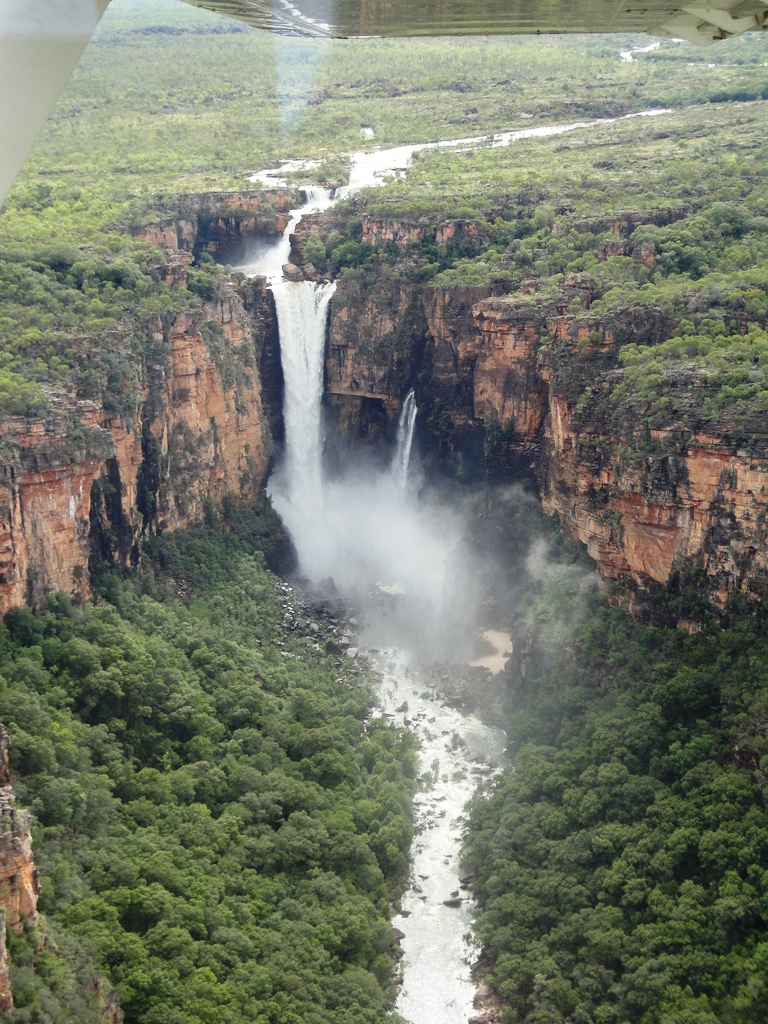 Kakadu in northern Australia is a huge national park known for its rich diversity of vegetable, wildlife, landscapes, eco-systems, and seasonal climates – and for its stunning Aboriginal rock art. Encompassing 20,000 square kilometers of tropical biodiversity, including 1,700 plant species, Kakadu lies 171 kilometers southeast of Darwin. The Ranger Uranium Mine, one of the most productive uranium mines in the world, is surrounded by the park. It’s also home to freshwater and saltwater crocodiles. Kakadu draws hundreds of thousands of visitors per year. The Twelve Apostles is a collection of limestone stacks, that were formed by erosion and are viewable from the Great Ocean Road, off the Victorian coast, where they continue to erode. In spite of being named the Twelve Apostles, there were only nine when they were named — but after a recent fall, there are now eight. Their base erodes at a rate of two centimeters a year. Their proximity to one another has made the site a popular tourist attraction. Kings Canyon is part of the Watarrka National Park in Northern Territory, Australia. Sitting at the western end of the George Gill Range, it is 323 km southwest of Alice Springs and 1,316 km south of Darwin. This ancient formation of tall red rock faces that soar above dense palm forests of palms is an important conservation area and refuge for more than 600 species of native plants and animals, many unique to the area. Kings Canyon offers adventure travelers a picturesque 3-to-4-hour hike around its rim. Its sheer cliff faces soar from the creek bed over 100 meters. Approximately the size of Western Europe, the Outback is the vast, remote, arid area of Australia. The term “the outback” is generally used to refer to locations that are comparatively more remote than those areas named “the bush” which, colloquially, can refer to any lands outside the main urban areas. The Outback of Australia has long captured the imagination of adventure travelers. It is one of our planet’s last frontiers. The distinctive and striking architectural design of the Sydney Opera House in Australia remains remarkably fresh and vibrant decades after it was built in 1973.It is a multi-venue performing arts centre in Sydney, New South Wales, Australia. Situated on Bennelong Point in Sydney Harbour, close to the Sydney Harbour Bridge. Identified as one of the 20th century’s most distinctive buildings and one of the most famous performing arts centres in the world, the Sydney Opera House became the most popular visitor attractions in Australia, more than seven million people visit the site each year, with 300,000 people participating annually in a guided tour of the facility. The icon of Australia – the world’s second largest free standing monolith. A sacred site to the indigenous Anangu people, who request individuals not to climb the sandstone monolith. It lies 450 km south west of the nearest large town, Alice Springs in the Uluru-Kata Tjuta National Park. It’s 348 meters high with a circumference of 9.4 kilometers. The area around the formation is home to a plethora of springs, waterholes, rock caves, and ancient paintings. Uluru is listed as a UNESCO World Heritage Site. The great barrier reef is the world’s greatest natural wonder and the only living thing on Earth visible from space, it was born 25 million years ago. The world’s largest reef system that stretches for 3,000 kilometers off the Queensland coast has 400 different types of coral and 1,500 species of tropical fish. Beautiful but precious, the Barrier Reef has long been known to and used by the Aboriginal Australian and Torres Strait Islander peoples, and is an important part of local groups’ cultures and spirituality. The reef is a very popular destination for tourists, especially in the Whitsunday Islands and Cairns regions. Some Tips on How to Get Cheap Flight Tickets Online